ANGWIN approved as an Action Group 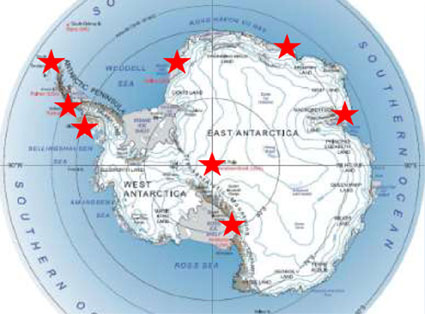 ANGWIN was given official approval as a SCAR Action Group under Physical Sciences at the XXXV SCAR Delegates Meeting in Davos, Switzerland on 25 June 2018.  ANGWIN is developing a network of Antarctic gravity wave observatories across Antarctica and is a result of collaboration between the USA, Japan, UK, Australia, Brazil and Korea.

ANGWIN has held four workshops since 2012 in Japan, the USA, UK and Brazil, with the participation of 35-50 scientists (approximately one third being early career) from over 12 nations.  In addition, numerous ANGWIN-related presentations have been made at conferences such as IUGG, IAGA and COSPAR, as well as at SCAR's Open Science Conferences.

A number of papers have been published in the Journal of Geophysical Research: Space Physics, with more under review, on topics ranging from ionospheric observations of gravity waves to those observed in the stratosphere above Antarctica.