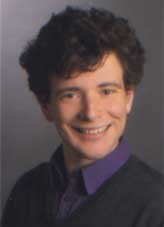 Elias Angele is a historian with a high interest in the environmental history of the Cold War. Eager to elucidate the “East Side Story” of this era, he is currently doing research as a PhD student at the University of Bremen where he focuses on Soviet science in Antarctica. In his dissertation, Elias investigates the role of diplomats and scientists in the creation of the Antarctic as a giant Cold War laboratory where the superpowers – in contrast to almost anywhere else on the globe – were forced to collaborate.

Before his current project, Elias wrote about the history of the Alfred-Wegener-Institute and about German nationalism in Arctic exploration.

To get in touch: This email address is being protected from spambots. You need JavaScript enabled to view it.