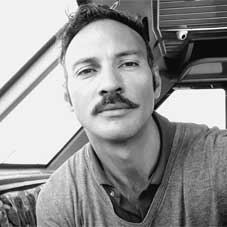 Diego Navarro-Drazich is a professional researcher of the National Council of Scientific Research (CONICET-Universidad Nacional de San Juan) in Argentina and the director of the IISCOT (Institute of Social, Commercial and Technological Research) at the Universidad del Aconcagua in Mendoza, Argentina. He has a master's degree in Tourism Planning and a PhD in International Relations. With scholarships from different governments, he developed postgraduate and postdoctoral studies at universities in Madrid, Rome, Barcelona, ​​Buenos Aires and Sydney. In the academic field, he lectures on Tourism at the Universidad del Aconcagua, and International Relations at the Universidad Nacional de Cuyo (both in Mendoza, Argentina), as well as in the Master's in International Relations at the Universidad de la Empresa (Montevideo, Uruguay) and in the PhD in Geography at the Universidad Nacional de San Juan (Argentina). He has also worked as a consultant for tourism development programs financed by the IDB (Inter-American Development Bank) and he has published numerous chapters and articles in scientific journals, as well as books: "Argentine tourist image. Tourism policy and foreign policy" (2010), and "Argentina and its relations with East Asian countries" (2015).