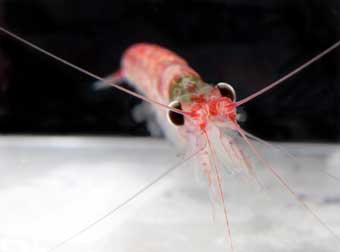 The SCAR Krill Action Group (SKAG) was given official approval as a SCAR Action Group under Life Sciences at the XXXV SCAR Delegates Meeting in Davos, Switzerland on 25 June 2018. The Krill Action Group provides a forum to guide research directions, promote collaboration, improve understanding of krill biology and ecology, and provide a forum for information exchange.

Antarctic krill has been studied for nearly 100 years but only three international symposia on krill have been held in the past four decades - the first was in Wilmington, USA in October 1982, the second in Sant Cruz, USA in August 1999, and the third in St Andrews, Scotland in June 2017. But despite recent scientific advances in this field, the scientific community and the public still hold onto many out-dated perceptions about krill from the 1980s, or earlier. SKAG aims to rectify this by highlighting the areas where knowledge is lacking, reconsidering the current methods used, developing new approaches to krill research, and becoming the prime conduit between CCAMLR (the Commission for the Conservation of Antarctic Marine Living Resources) and the wider krill science community.