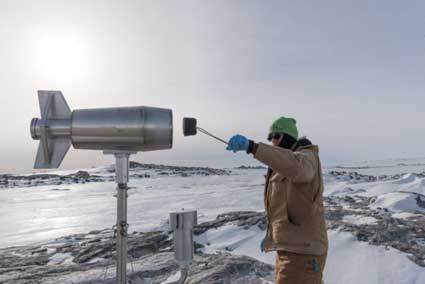 The SCAR Input Pathways of Persistent Organic Pollutants to AntarCTica (ImPACT) group was given official approval as a SCAR Action Group under Life Sciences and Physical Sciences at the XXXV SCAR Delegates Meeting in Davos, Switzerland on 25 June 2018. The purpose of this group is to facilitate coordinated investigation and monitoring of chemical input to the Antarctic region. It is a policy-driven Action Group which serves both the Global Monitoring Plan of the Stockholm Convention on Persistent Organic Pollutants (POPs), as well as the Protocol on Environmental Protection to the Antarctic Treaty (The Madrid Protocol), which explicitly prohibits the importation of chemicals of known risk to Antarctica.

Persistent Organic Pollutants (POPs) are ubiquitous, toxic, environmental contaminants that have been released through global industry over the past century. Polar Regions act as environmental “sinks” for POPs, which reach these high latitude environments through long-range environmental transport processes, as well as in situ usage.

The Action Group will specifically focus on the following objectives: