New publication on the response to invasive fly in Antarctica

A new paper, titled "International Response under the Antarctic Treaty System to the Establishment of A Non-native Fly in Antarctica", has been published in Environmental Management. The article examines the international response to the invasive species T. maculipennis in Antarctica.

The paper contributes to the ‘State of the Antarctic Ecosystem’ (AntEco) and ‘Integrated Science to Inform Antarctic and Southern Ocean Conservation’ (Ant-ICON) Scientific Research Programmes.

Mónica Lujan Remedios-De León was awarded a SCAR Fellowship in 2018 to visit the British Antarctic Survey and work on T. maculipennis on King George Island. You can read her Fellowship report here. 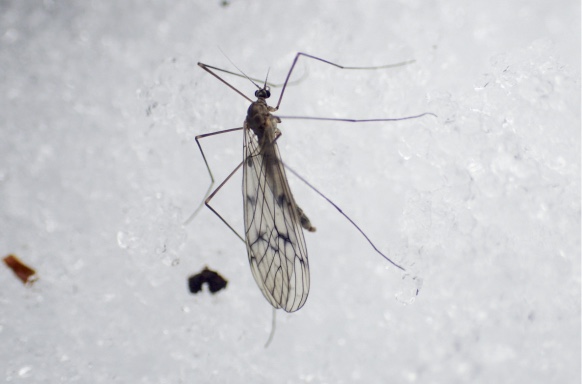 Antarctica currently has few non-native species, compared to other regions of the planet, due to the continent’s isolation, extreme climatic conditions and the lack of habitat. However, human activity, particularly the activities of national government operators and tourism, increasingly contributes to the risk of non-native species transfer and establishment. Trichocera (Saltitrichocera) maculipennis Meigen, 1888 (Diptera, Trichoceridae) is a non-native fly originating from the Northern Hemisphere that was unintentionally introduced to King George Island in the maritime Antarctic South Shetland Islands around 15 years ago, since when it has been reported within or in the vicinity of several research stations. It is not explicitly confirmed that T. maculipennis has established in the natural environment, but life-history characteristics make this likely, thereby making potential eradication or control a challenge. Antarctic Treaty Parties active in the region are developing a coordinated and expanding international response to monitor and control T. maculipennis within and around stations in the affected area. However, there remains no overarching non-native invasive species management plan for the island or the wider maritime Antarctic region (which shares similar environmental conditions and habitats to those of King George Island). Here we present some options towards the development of such a plan. We recommend the development of (1) clear mechanisms for the timely coordination of response activities by multiple Parties operating in the vicinity of the introduction location and (2) policy guidance on acceptable levels of environmental impacts resulting from eradication attempts in the natural environment, including the use of pesticides.