Antarctic Astronomers met for their 5th bi-annual workshop at a fitting altitude of 2,100m at the Courmayeur Skyway facing the Mont-Blanc earlier this month. 43 international participants along with representatives of key polar institutes presented progresses made in astronomical research in Antarctica since meeting last year in Davos. The meeting was hosted by the observatory of the valley of Aosta whose director, Jean-Marc Christille, is currently managing one of the optical telescope at Dome C. 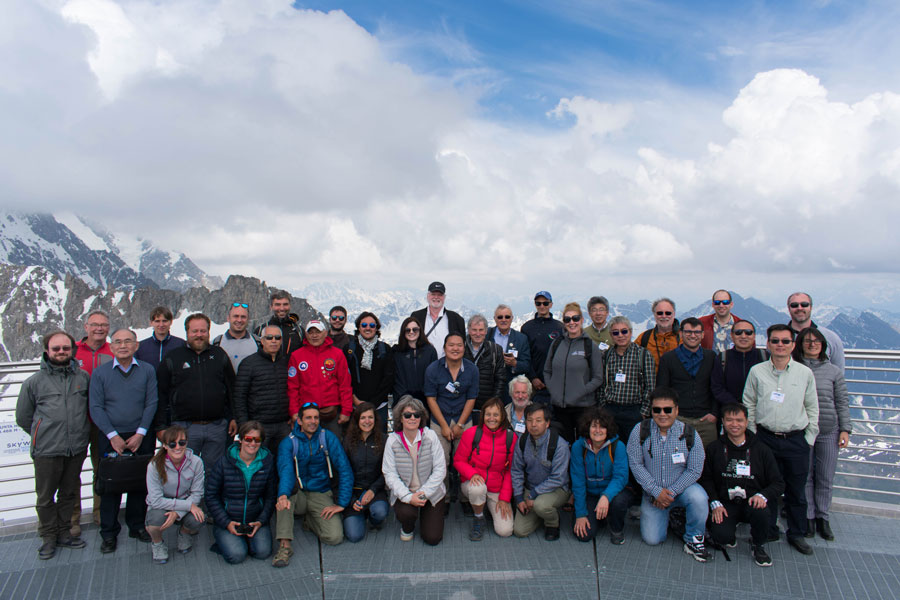 Much of the meeting focused on scientific results obtained from existing facilities as well as future developments currently under consideration. The workshop is a chance for astronomers of different countries to learn about their colleagues’ scientific goals and find commonalities that would allow them to collaborate and share facilities and resources. This was, for example, the first workshop where applications other than traditional astronomy were mentioned. Indeed, multiple parties are interested in using telescopes in Antarctica for tracking space debris (space safety) and optical communications (high-bandwidth communication between space and the ground). These applications use astronomical hardware and also greatly benefit from being located near the poles due to the high number of objects and satellites in polar orbits. Opening astronomy to geo-space sciences is a sure way to expend the need for up-to-date and multi-purpose facilities that currently only exist on paper.

One of the main conclusions of the workshop is that the infrared wavelengths are currently untapped and the source of a renewed interest by several groups. Infrared detector technologies have made great progress over the last few years and would now be more easily packaged to operate in Antarctic conditions. It is worth remembering that due to the cold temperatures of the Antarctic plateau, the sky is 20 times darker than the best temperate sites at 2.2microns. For astronomy, this translates to much deeper images. It also allows astronomers to utilise the twilight hours that are plentiful and but not dark enough to make observations in the visible bands. Several projects were therefore presented to build and operate infrared cameras on the Antarctic plateau, notably at Dome C and Dome A where the conditions are optimum for these wavelengths. Collaborations involving Australia, France, Italy and China are in the pipeline and should lead to new discoveries over the next decade. 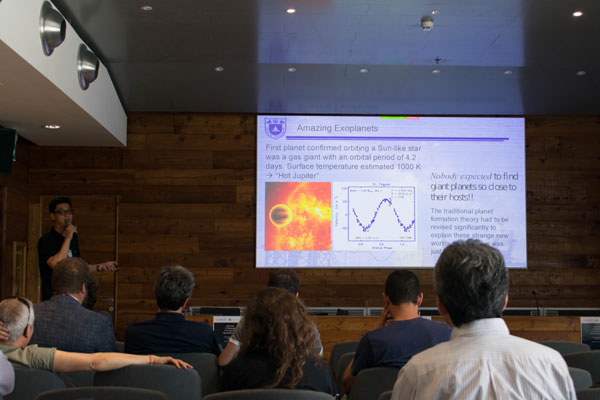 Another important conclusion of the meeting is that the oldest station, the South Pole, is extremely healthy. With frequent covers of major scientific journals, astronomy at the South Pole leads the world in two categories: The study of the Cosmic Microwave Background radiation (CMB) and the detection of high-energy particles. The former, is probing the oldest and coldest parts of the universe with three active projects: BICEP3, Keck-array and the South Pole Telescope, all of which have ambitious upgrade plans for the near future. The latter is made using the one-of- a–kind Icecube telescope which uses an array of neutrino detectors spread over a cubic kilometre of ice to determine the location of the neutrinos sources.  Icecube is one of the 3 cornerstones of the “multi messenger” astronomy that is currently revolutionising the field. Since the advent of the LIGO detectors, astronomers can now rely of three sources of data: Their traditional photons, gravitational waves detected and triangulated by LIGO and high energy particles detected by Icecube. The science and upgrades presented at the conference by both South pole communities are individually enough to show the strengths and importance of carrying out astronomy from the Antarctic continent. CMB astronomy was also very present both at Dome C, with the upcoming COSmic Monopole Observer (COSMO) and using long duration balloons (such as BLAST-TNG) using the circumpolar vortex to observations from very high altitudes.

The optical wavelengths were also well represented at the workshop with results of exoplanet studies done by France at Dome C (ASTEP project) and at Dome A by China (ASTEP3 project). For these studies, one of the key advantages of Antarctica are the long nights that allow for the continuous monitoring of systems that is necessary for the detection and characterisation of exoplanets. The upcoming survey telescopes LSST and TESS will give astronomers many interesting targets in that will be best tracked from the Southern pole. Astronomers are therefore preparing for this influx of new science with a clear upgrade path for the current observatories. 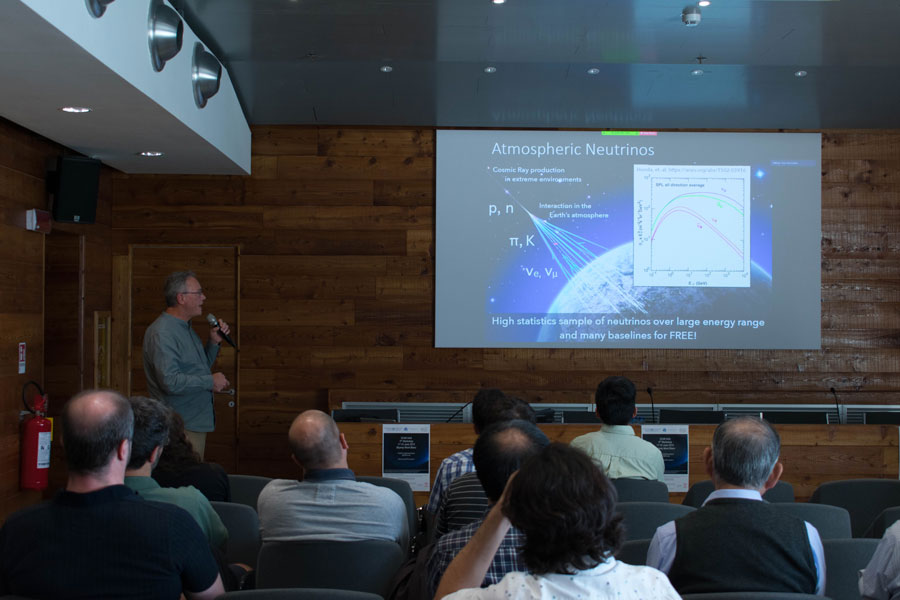 Beside opening new avenues of scientific collaborations amongst astronomers, the meeting was also an opportunity for polar programs to show the current and future state of their logistical capabilities. Astronomers need a lot of heavy equipment to be carried to the Antarctic plateau and hearing from the polar agencies (including IPEV, AAD, USAP, PNRA and NIPR) gives them an idea of the opportunities and limitations linked to the transportation and operation of future projects at their respective locations. The presence of these agencies at the meeting was highly appreciated and regarded as evidence that astronomy is of key interest to these nations. The presence of the polar programs and their discussions with astronomers also gives them a clear view of what projects are likely to be coming in the future and allow them to anticipate the logistical needs of the community.

The AAA steering committee is grateful to all the meeting participants and would like to thank SCAR for the financial support it provided to some of the attendees. These face to face meetings are key to the continuation and growth the astronomical and geospatial sciences in Antarctica and SCAR plays a big role bringing this broad international community together.