A new paper published by Nature Geoscience has demonstrated the role played by greenhouse gas emissions and anthropogenic ozone depletion in the recent warming and freshing observed in the Southern Ocean. 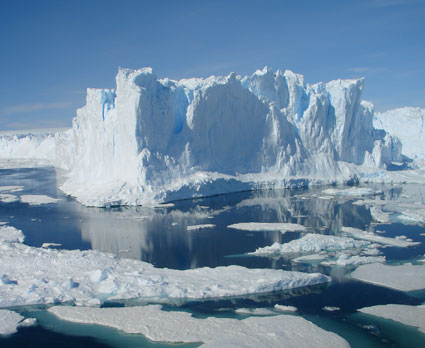 The Southern Ocean has been warming at about twice the average rate of the global ocean, but the causes are not fully understood. This is partially because of the the Southern Ocean's inhospitable nature. Despite this and other limitations, the paper explores the recent accelerated warming and freshening of the Southern Ocean.

The study, led by Neil Swart from the Canadian Centre for Climate Modelling and Analysis, examines whether the warming is due to internal climate variability (chaotic weather ‘noise’) or natural external causes, such as volcanic eruptions and/or changes in the input of solar energy. It also explores human causes, such as ozone depletion, widely thought to play a significant role in Southern Hemisphere climate change. Prior to this research, the relative importance of human-induced ozone depletion and greenhouse gas increase for Southern Ocean change were largely unknown.

Based on a novel combination of most of the available in-situ observations of the Southern Ocean since the 1950s, and an extensive suite of climate model simulations, the authors found that the recent warming and freshening cannot be explained by internal climate variability or natural external causes. Rather, the changes were driven by human activities. Greenhouse gas increases were the most important driver, but the researchers could also detect the “fingerprint” of ozone depletion in the observed temperature and salinity changes. They found that the warming and freshening were largely driven by increased fluxes of heat and freshwater at the surface of the Southern Ocean. This finding is important and novel, as different mechanisms have been proposed in the past.

Details for the full paper are as follows: