Drilling into the History of the West Antarctic Ice Sheet

The International Ocean Discovery Program (IODP) Expedition 379 aimed to improve understanding of the history of the West Antarctic Ice Sheet by obtaining historical records from the continental margin.

The expedition was led by Karsten Gohl and Julia Wellner, both active members of SCAR’s Past Antarctic Ice Sheet Dynamics (PAIS) Scientific Research Programme. Karsten is a geophysicist at the Alfred Wegener Institute in Germany, and has worked for many years in the Amundsen and Bellingshausen Sea areas collecting seismic data for studies on West Antarctic Ice Sheet history. Julia is a sedimentologist from the University of Houston, and studies the Antarctica ice sheet history using marine sediment cores integrated with geophysical data. They spoke to SCAR about the project, how to plan an expedition, and the silver linings to unexpected icebergs. 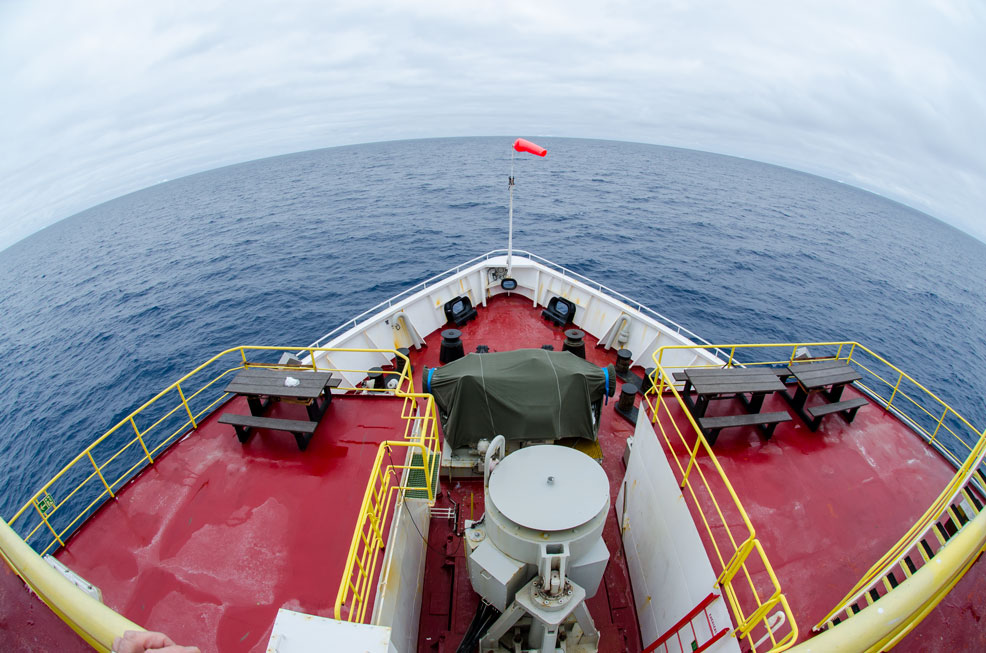 The importance of history

The West Antarctic Ice Sheet (WAIS) is highly sensitive to climatic and oceanographic changes and has had a dynamic history. Its future is extremely important; if it melted entirely it could result in a global sea-level rise of 3.3 – 4.3 m. Expedition 379 was concerned with the history of the ice sheet, using paleorecords to reconstruct the glacial history of West Antarctica, among other objectives. So why is understanding the history of the WAIS so important?

Firstly, it’s a matter of scale. Ice sheets change on such a large time scale that it’s hard to understand their behaviour without long-term paleorecords. Historical data improve our understanding on how ice sheets behave in response to global change, and therefore how they might change in the future. It also helps constrain, and therefore improve, the models that are used to predict future change.

Secondly, the past can act as an analogue for the future. There were past times with similar climatic conditions as today and to what is predicted for the near future. These past warm periods are good analogues to study processes, for example how fast ice-sheet retreat was under certain conditions. Studying past change can also help answer questions such as whether change was the same for all areas of Antarctica, or if different areas experienced different processes of change.

How do you prepare for an expedition? For Karsten the process has been nine years in the making, starting with the first expedition proposal in 2010. The proposal process involved determining drill sites, demonstrating feasibility, and preparing site survey data to set the foundation for the project. Once the proposal was approved and an expedition scheduled, logistics, operational planning and staffing had to be planned in conjunction with the IODP Science Operator. The expedition was an international one; the nature of IODP means that all their expeditions have international science teams on board.

The expedition took place onboard the JOIDES Resolution in the January – March 2019 field season, the first time the whole team came together. It involved a huge infrastructure with ninety technical and drilling staff alongside the thirty scientists. 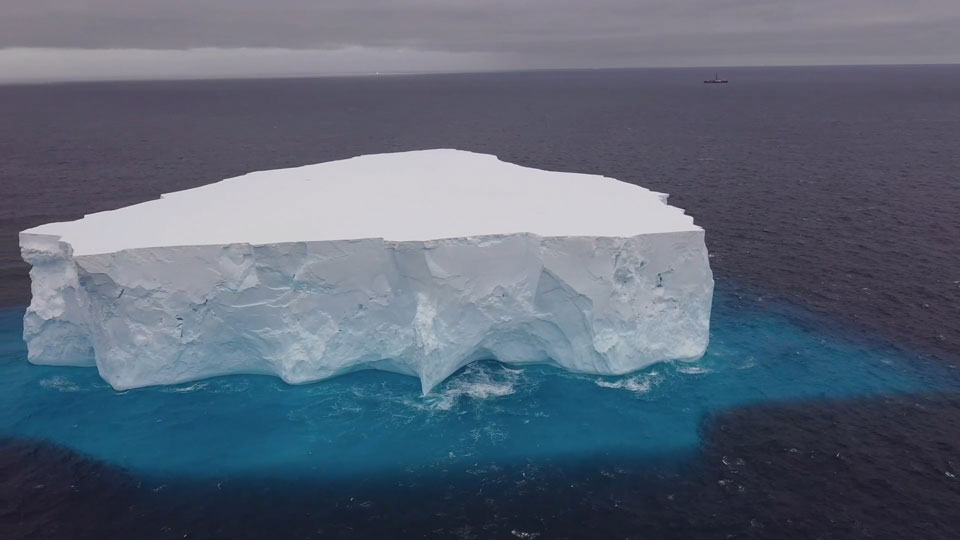 One of the ways in which the PAIS Scientific Research Programme achieves its objectives is through facilitating the planning of new data-acquisition missions. At the time Expedition 379 was being planned, there were also two other IODP expeditions proposed for the Pacific sector of Antarctica. PAIS helped facilitate a workshop to discuss strategies for which expedition should be prioritised. The resulting recommendation to schedule all three expeditions in order to best address objectives of the IODP Science Plan resulted in scheduling of two of the three expeditions, Expedition 374 to the Ross Sea and 379 to the Amundsen Sea, and possible future scheduling of an expedition to the western Antarctic Peninsula margin.  The workshop recommendation was a strong expression by the research community, and therefore instrumental for the decision of the JOIDES Resolution Facility Board to schedule these two expeditions and to consider future scheduling of the third one.

More broadly, the Antarctic drilling planning group PRAMSO, a subcommittee of PAIS, has met at every SCAR meeting and in between at other specialized workshops. The meetings are a base where the community gets together, discusses proposals, and pushes them forward.

The expedition encountered extreme difficulties with sea ice and icebergs. As a result, they were unable to drill at their first-choice sites on the continental shelf, instead being limited to deep-sea sites. Despite these challenges, the change of plans led to some unexpected highlights, and the difficulties they encountered did not dampen the spirit of the team, who worked together with enthusiasm throughout the expedition.

Expectations for the sediment cores from deep water sites were low, at least for some people, but the cores were a surprising success. Even before analysis was conducted it was clear from a first visual assessment that these were exciting cores. They collected the largest continuous core from a single drill site in Antarctica from a ship-based drilling platform. The resulting record has a high temporal resolution, and filled in some important gaps in an area of West Antarctica that had not previously been drilled. 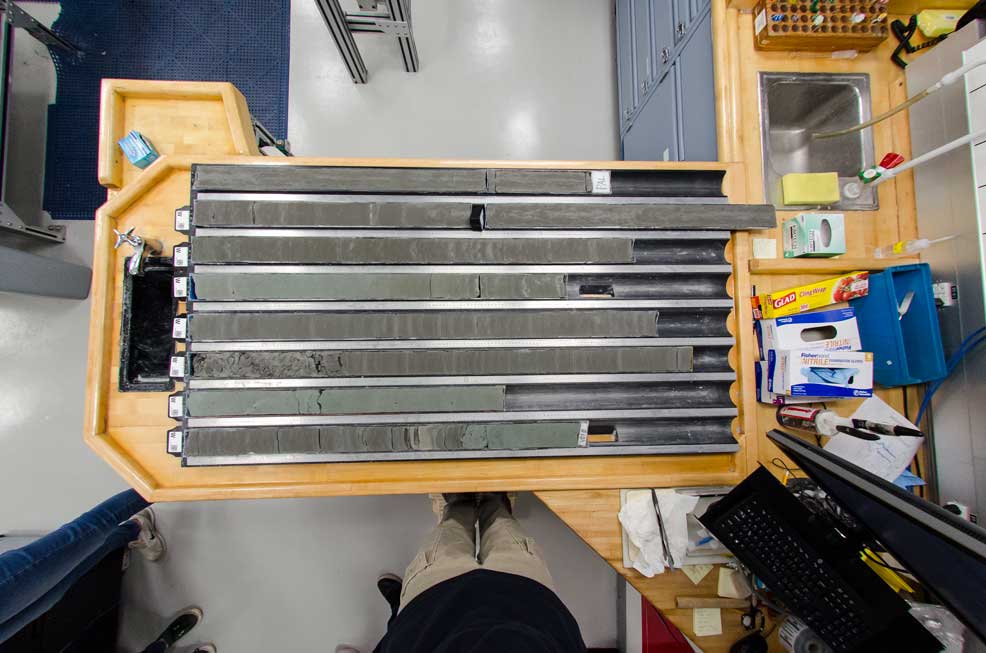 They were delighted to find that they could correlate the ages of the sedimentary layers over large part of the South Pacific and West Antarctic margin. The seismic stratigraphy model was previously based on assumptions, so to be able to see these seismic horizons in over large areas, and date them with data from the drilled cores, enables them to tell a story about where sediment came from and in what volumes.

The cores include data from the Pliocene, an important analogue for today’s climate. The cores showed high sedimentation rates in a time of warm temperatures like today. Because the cores have a high temporal resolution it is possible to pin down subtle climatic changes within that time period.

To learn more about the expedition visit iodp.tamu.edu/scienceops/expeditions/amundsen_sea_ice_sheet_history.html