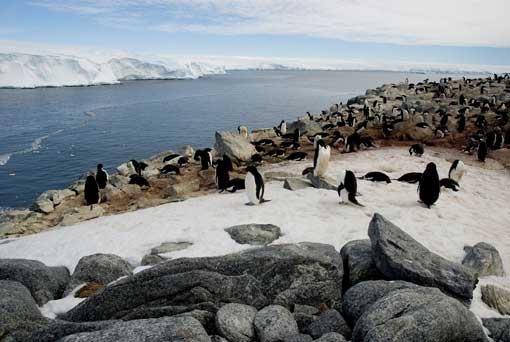 SC-ATS is the subsidiary group within SCAR with the responsibility for coordinating the science advice SCAR provides to a range of bodies, and in particular to those of the Antarctic Treaty System. The Chief Officer of SC-ATS leads the Committee, and is SCAR's representative at the Committee for Environmental Protection (CEP).

For several years, Dr Aleks Terauds of the Australian Antarctic Division has served as the Chief Officer of SC-ATS. He has delivered extraordinary leadership of SC-ATS, helped SCAR grow its reputation as the leading provider of evidence-based advice in, from, and about Antarctica and the Southern Ocean in the Earth System, and has delivered respected representation of SCAR at the CEP and other bodies within the Antarctic Treaty System. Dr Terauds' term has now come to an end. Normally, SCAR would have celebrated Dr Terauds' contributions and thanked him for them at its Delegates meeting during a formal transition, but owing to the global pandemic, this has not proven possible. Thus, we do so here.

Dr Susie Grant of the British Antarctic Survey will now assume the Chief Officer role of SC-ATS. Dr Grant is a marine ecologist with considerable experience in the area of environmental science advice, having worked within both the CEP and CCAMLR on marine conservation and management, and the development of Marine Protected Areas. Dr Grant has also contributed significantly to several SCAR initiatives in the conservation science-policy arena. SCAR is pleased to be able to draw on the capability and expertise Dr Grant will bring to SC-ATS as its new Chief Officer.