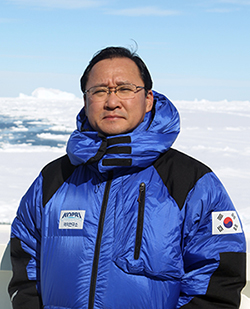 Dr Yeadong Kim is the new SCAR President. Dr Kim is the Former Director of the Korean Polar Research Institute (KOPRI), Republic of Korea. He retired from KOPRI at the end of 2019 and now serves as the chair of the Korean National Committee on Polar Research. Dr Kim has a background in Geology and Geophysics with a PhD obtained at Louisiana State University in 1987. As a geophysicist by training, his interests are in multichannel seismic, tectonics and Paleoclimate in the Northern Antarctic Peninsula. Dr Kim served as SCAR Vice President from 2010 to 2014. He has participated as an Alternate and National Delegate to SCAR since 1988 and was involved in various roles as a Working Group member, member of the Finance Committee, and recipient of the SCAR Visiting Professorship in 2017. 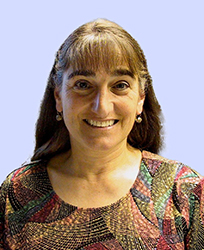 SCAR will also have a new Vice President for Science: Prof Deneb Karentz, a Professor and Chair of the Biology Department at the University of San Francisco, USA. She is a marine biologist with a research focus on ultraviolet photobiology and the ecological implications of Antarctic ozone depletion.  She earned a PhD from the University of Rhode Island in 1982. Prof Karentz has served as the U.S. representative to the Group on Life Sciences and is now the US delegate to SCAR.

Prof Jefferson Simões from Universidade Federal do Rio Grande do Sul in Brazil has been re-elected as Vice President for Finance.

They will join continuing Vice President for Administration Prof Gary Wilson (New Zealand) and Vice President for Capacity Building Dr M Ravichandran (India). Prof Steven Chown (Australia) will stay on the Executive Committee as the immediate Past-President for a term of two years.