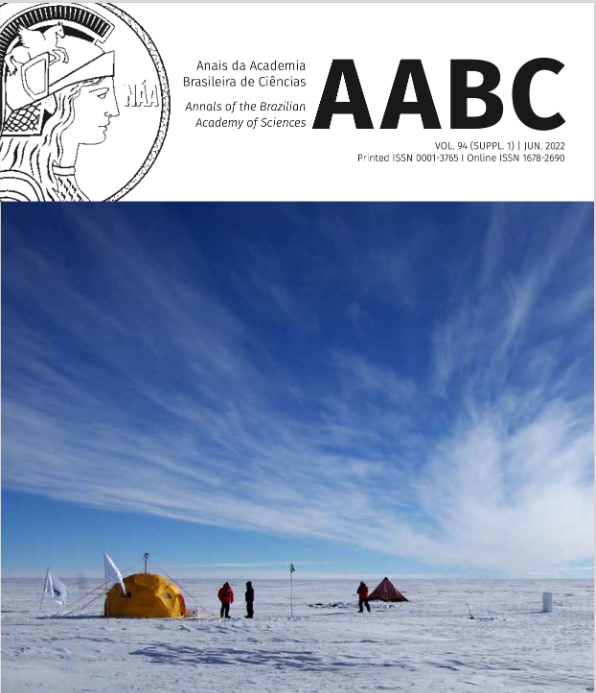 Supplement 1 of volume 94 (2022) of the Annals of the Brazilian Academy of Sciences (ABC), released in June 2022, is dedicated to the first scientific leader and organizer of Brazilian Antarctic scientific investigations, the late professor Antônio Carlos Rocha-Campos (1937–2019), paleontologist, glacial geologist and a full member of the ABC. The volume also celebrates 40 years of continuous work in the Brazilian Antarctic Program (PROANTAR). The successful implementation of Brazil's Antarctic scientific program and its role in the international Antarctic community owes much to the constant efforts of Professor Rocha-Campos, who was duly recognized with his election to the presidency of the Scientific Committee for Antarctic Research (SCAR) for the period 1994-1998. The scientific laboratory wing of the new Brazilian Antarctic station Comandante Ferraz (EACF) is named after Prof. Rocha Campos.

The last 20 years have been marked by rapid changes in ice masses, ocean waters, and biota in the western part of the Antarctic Peninsula and neighboring islands, where Brazilian research has focused. Thus, many articles address the detection of signs of environmental changes in this Antarctic region, one of the most sensitive on the planet. Some works discuss climatological processes that connect the Antarctic region to South America. In the volume, investigations from the most diverse areas of geosciences predominate – 23 articles on glaciological, paleontological, sedimentological, pedological, and geophysical topics. In particular, the volume records some of the Brazilian scientific investigations into the West Antarctic Ice Sheet that only began during the International Polar Year (2007-2009). There are seven articles on glaciological topics, six of which address the chemistry of surface snow and the record of ice cores. The search for extremophiles and the rapid advance of genomics accelerated investigations of Antarctica's microorganisms, lichens, and mosses. Thus, it is not surprising that seven articles explore topics directly or indirectly related to the medicinal potential of some of these organisms. Three articles address issues on the legal framework and diplomacy within the Antarctic Treaty System, reflecting the worldwide trend of integrating the social and human sciences knowledge into the natural sciences, which is essential for sustainability and correct ethical actions in research.

Articles from the online version of this special volume can be downloaded here.