Antarctica: coming to a postcode near you 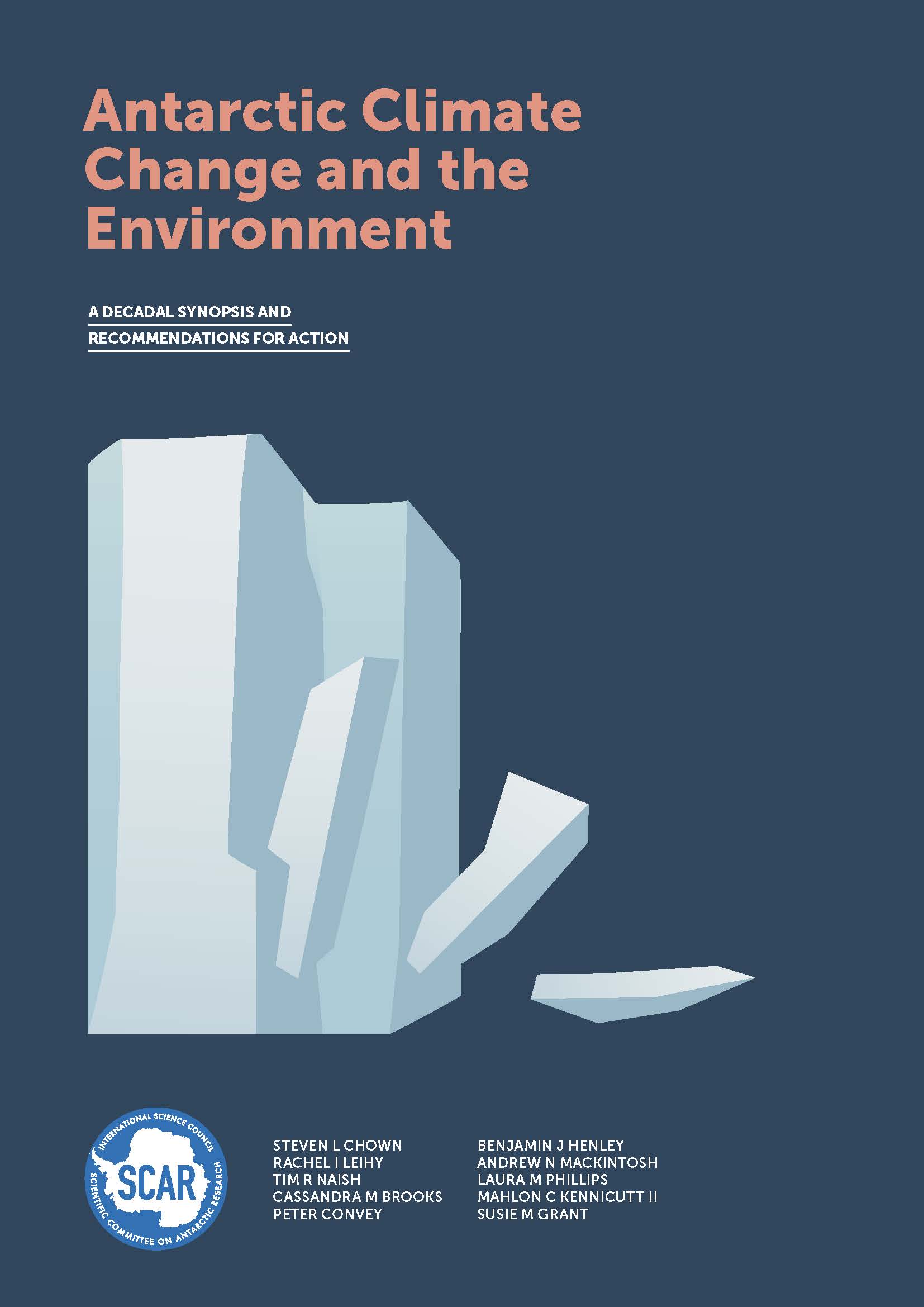 Climate change is having significant impacts on Antarctica’s ice sheets, climate and life, with far-reaching global consequences, according to a new report from the Scientific Committee on Antarctic Research (SCAR).

The report, released on May 24 at the Antarctic Treaty Consultative Meeting in Berlin, shows that Antarctic ice sheets are melting, the continent’s climate is changing, and the Southern Ocean is warming, becoming more acidic and losing oxygen.

Locally, changing climates are already affecting the region’s iconic whales, seals, penguins, and the krill they rely on. Emperor penguins may be all but gone by the end of the century unless urgent action is taken.

“Antarctica’s changes have profound consequences for all of us,” said Professor Chown.

“What’s most unnerving is that we are documenting these changes already, but are unsure how large they’ll actually become. We could be facing unmanageable adversity in our lifetimes if we don’t act with urgency.
Antarctica has always been our quiet, distant neighbour. Now there’s no need to travel to visit it. It’s right here, noisily disturbing the neighbourhood, threatening more to come. Higher sea levels, more extremes, less help with managing the global climate.”

SCAR President Dr Yeadon Kim commented on the significance of the report:

"As part of the global ecosystem, human survival and societal prosperity are directly connected to the global climate. Now that we are exposed to rapid climate change, efforts to find the causes, predictions, and mitigation measures of the change become the most urgent tasks facing humans. Climate change and its impact on ecosystem are the fastest and most remarkable in the Arctic, Antarctic and the Southern Ocean, and the change is closely interacting with the Earth’s climate system. Therefore, efforts to protect polar ecosystem and provide science-based evidence and knowledge to the public through research on polar changes are highly important and valuable."

The report provides the globally agreed view on changes occurring and those that will take place on the Antarctic continent and in its surrounding Southern Ocean.

Concerningly, projections for sea level rise from the ice sheets over the next several decades are highly uncertain – Antarctic melt could help contribute to as much as 2 m of global sea level rise before the century is out.

Just 40 cm of global sea level rise turns a one in 100-year coastal flood event into an annual one – a scenario the planet is already committed to. Prof Tim Naish, Chief Officer of SCAR’s INStabilities & Thresholds in ANTarctica (INSTANT) Scientific Research Programme and author of the report, explains "unabated emissions could trigger a tipping point and lead to meltdown of parts of Antarctica's ice sheet that are especially vulnerable to a warming Southern Ocean, committing future generations to up to 13 m of sea-level rise by 2300."

The report makes clear that adhering to, and preferably exceeding, the Paris Climate Agreement greenhouse gas emissions reductions targets will substantially lessen changes to the Antarctic and their implications for society.

Its messages have been developed specifically for the Parties to the Antarctic Treaty, who are gathering in Berlin for their 44th Annual Meeting. The Parties are those countries responsible for the environmental management of the Antarctic. Professor Chown says the Parties have a real opportunity at this meeting to strengthen their responses to climate change to help the world deal with its most profound existential crisis.

Dr Susie Grant is a marine ecologist at the British Antarctic Survey and Chief Officer of SCAR's Standing Committee on the Antarctic Treaty System (SCATS). She is one of the authors of the report and says that SCAR provides independent, objective scientific advice to the Antarctic Treaty Consultative Meetings as an official Observer. Dr Grant continues to stress that “this report aims to deliver the most up to date information on our understanding of climate change and its implications for Antarctica. It sends a strong message to the Antarctic Treaty Parties that there’s a need for urgent action on minimising climate change impacts in Antarctica and the Southern Ocean, and also that it’s critical for information on the consequences of Antarctic change to be communicated to the rest of the world.”

“With the release of the ACCE Decadal Update, SCAR adds its voice to the chorus of international scientific organizations sounding the alarm that an “all of the world” approach is critical if we, as a society, are to avoid some of the most deleterious, and predictable, outcomes of climate change,” emphasises Professor Mahlon C. Kennicut II. He is another author of the report and cautions that while action is still possible, we are rapidly approaching ominous thresholds of possible irreversible change. “The signals have never been clearer and our actions can only reverse what our actions have caused.” 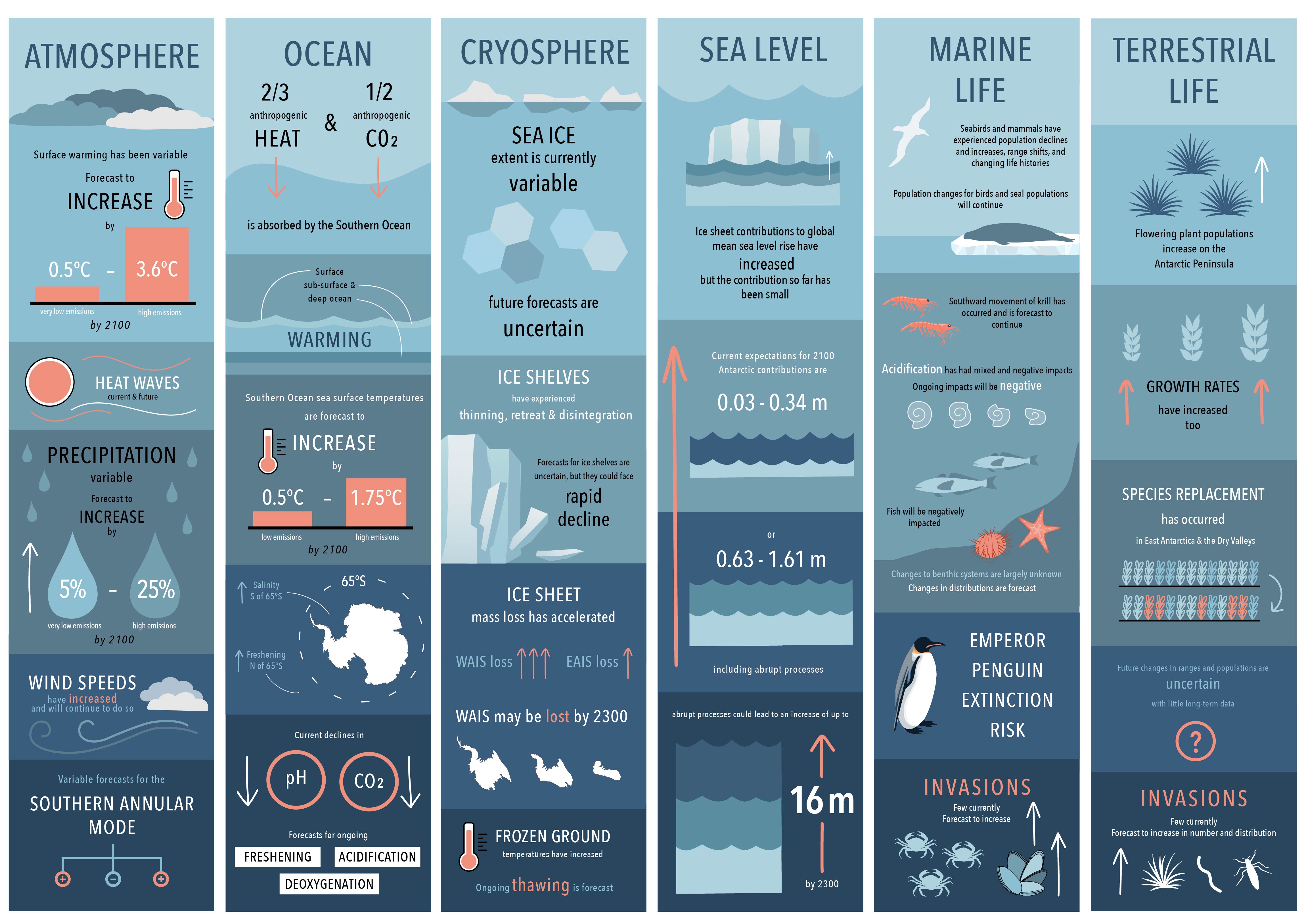 The report authors are available for interview.

Johanna Grabow
Communications and Information Officer
Scientific Committee on Antarctic Research
Email: This email address is being protected from spambots. You need JavaScript enabled to view it.
www.scar.org

Charisse Ede
Senior Manager Media and Communications
Monash University
Tel: +61 447 635 118
Email: This email address is being protected from spambots. You need JavaScript enabled to view it.,