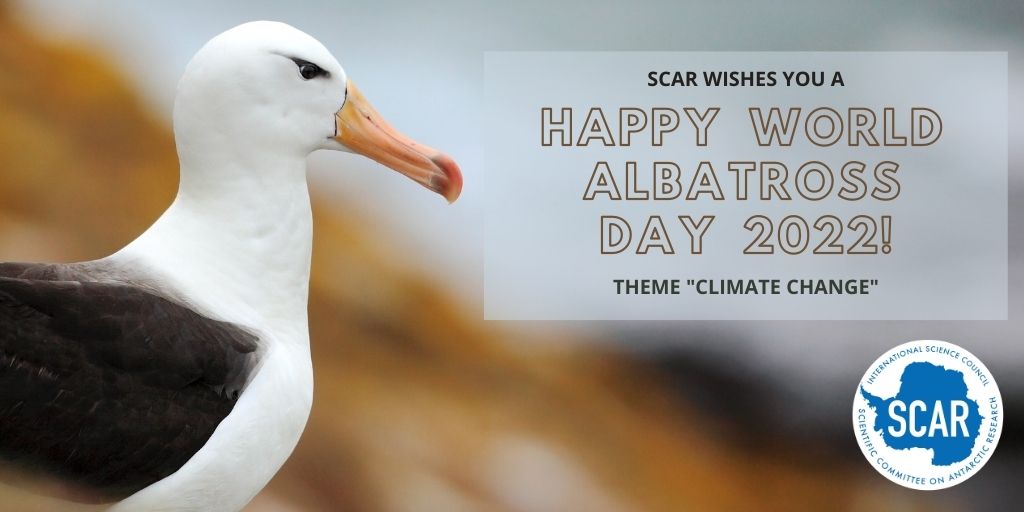 On 19 June the third World Albatross Day is celebrated online around the globe. This year's theme is  “Climate Change”, following the inaugural theme “Eradicating Island Pests” in 2020 and “Ensuring Albatross-friendly Fisheries” last year.

The day honours these magnificent birds and highlights the ongoing conservation crisis they face. The Agreement on the Conservation of Albatrosses and Petrels, ACAP, has inaugurated World Albatross Day to raise awareness of these birds worldwide, since a global effort is required to protect these global travellers. The day also falls on the date of the signing of the Agreement over 20 years ago.

In support of World Albatross Day and its chosen theme ACAP highlights one or more of the 22 albatross species each year with posters, infographics and artworks in ACAP’s three official languages of English, French and Spanish.
The featured species chosen for 2022 are two of the three species of albatrosses that breed in the North Pacific: the Black-footed Phoebastria nigripes and the Laysan P. immutabilis.  Both these Near Threatened albatrosses have most of their breeding populations on the low-lying atolls of the USA’s North-Western Hawaiian Islands. These atolls - and their breeding seabirds - are all at risk from sea level rise and increases in the number and severity of storms that result in flooding, both considered a consequence of climate change.  Storm floods have even caused at least one small sandy islet to disappear into the sea, losing breeding sites for several thousand albatross pairs; elsewhere in the island chain, as on Midway Atoll, storms have caused flooding of albatross nests and loss of chicks close to the shore.

ACAP is working with the Hawaii-based environmental NGO, Pacific Rim Conservation, to design infographics to be produced by illustrator Namasri 'Namo' Niumim, for the two albatrosses.  These two new infographics will illustrate the NGO’s ongoing work to create a new albatross colony safe from predicted sea level rise by translocating and hand-rearing chicks on the Hawaiian island of Oahu.

ACAP is also pleased to announce it is once more working with ABUN (Artists & Biologists Unite for Nature) in January and February; this time to produce artworks for WAD2022 that depict Black-footed and Laysan Albatrosses.  Lastly, ACAP’s WAD poster designer, Michelle Risi, now based on Aldabra Atoll for two years after an extended stay on Gough Island, will, with the help of a number of excellent photographers, produce a poster series for the two birds that will be freely downloadable for printing during the build up to this year’s World Albatross Day on 19 June.