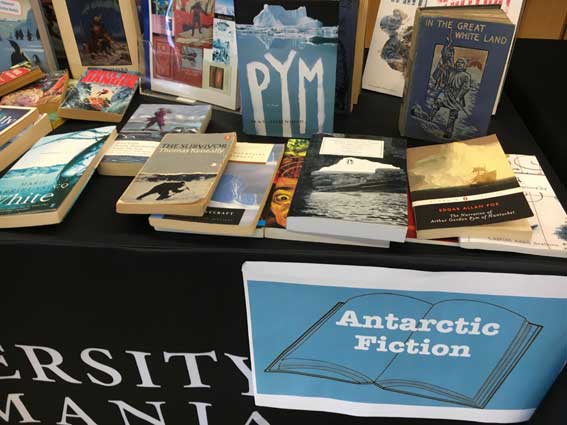 The humanities and social sciences study the way humans make meaning of and relate to themselves and the world. In Antarctica, the only continent without an indigenous population or permanent human settlement, the humanities and social sciences address a series of important questions. What kinds of narratives and images do we create to make ourselves at home in a place with such a short human history, and how do these then affect our ongoing interactions with the region? How do we govern it? Who should be able to visit it, and under what conditions? How do people behave in such an isolated and hostile environment? How can we meet the many challenges facing us in our future interactions with the region?

Research by the humanities and social sciences community is becoming increasingly important within Antarctic research and has been part of the SCAR landscape for well over a decade. In 2005, a group looking at the history of the institutionalisation of Antarctic research held the first of its annual meetings.  But it wasn't until the International Polar Year 2007-08, which included “human dimensions” as a major theme, that social sciences began to emerge within the Antarctic community.  A social sciences group was established in 2010 and became the Humanities and Social Sciences Expert Group (HASSEG) in 2014.  The History Group was granted expert group status in 2011.

From 2013, the two groups held joint meetings, organising workshops and conference sessions at SCAR's Open Science Conferences (OSCs), and holding joint conferences in the intervening years (see the Humanities and Social Sciences Meetings page for full details). In 2018, the two groups officially merged. Recognising the increasing importance of the humanities and social sciences community within Antarctic research, the SCAR Delegates established the Standing Committee on Humanities and Social Sciences (SC-HASS) in June 2018.

SC-HASS is in the process of setting up Action Groups to address specific issues.

This Action Group seeks to develop a broad cross-cultural understanding of the intrinsic value of Antarctica in order that the intention of the Madrid Protocol to provide protection to this value can be better understood.

This Action Group aims to analyze the policy-law-science nexus within the current Antarctic governance framework and to articulate the practical significance of understanding such a nexus, so as to inform stakeholders how science-based decision making relevant to Antarctica is actually operationalized.