A Special Issue of the journal Biodiversity has recently been published as a main product of AnT-ERA. It covers aspects of variation and function at all levels of biological organisation, from genomic expression, through biochemistry, physiology, life history, ecology, biogeography, up to macroecology, e.g. refering to the diversity of giant deep-sea amphipods, peat bog pools in Tierra del Fuego, ocean acidification, and chemical diversity of natural products. 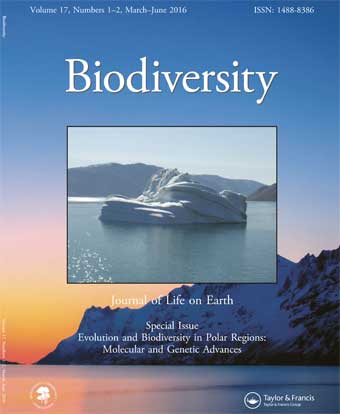 Present patterns of biodiversity and distribution, in Polar Regions and elsewhere, are a consequence of processes occurring on physiological, ecological and evolutionary timescales, which can be modified by environmental changes. The Antarctic is a fundamental part of the Earth System, and the study of its biota is intimately linked to its climate and tectonic history, through the interconnection between living and abiotic environments. Due to the speed of current changes, and the broad relevance of Antarctica in the study of biodiversity, in 2004 the Scientific Committee on Antarctic Research (SCAR) launched the flagship programme ‘Evolution and Biodiversity in the Antarctic – The Response of Life to Change’ (EBA; www.eba.aq), aimed at understanding life processes, evolution and adaptations in Antarctic marine and terrestrial environments.

AnT-ERA, a kind of follow-up SCAR Scientific Research Program focussing on biological processes especially under climate stress, provided the basis for the Workshop ‘Molecular and genetic advances to understanding evolution and biodiversity in the Polar Regions – the legacy of EBA’ (Steering Committee: D Giordano, C Verde, G di Prisco), IBBR-CNR, Naples, October 2014. In light of this, it was decided a Polar Special Issue of Biodiversity would be born (for full content of the special issue click here).

Thus, contributions within take the climate-driven risks for polar biodiversity and evolution in the Polar Regions in due account. The contributors are amongst the workshop participants and belong to the AnT-ERA member list. Biological diversity and, even more, chemical diversity are important challenges; recent results on the complex marine benthic ecosystems include e.g., species new to science, new natural products never seen before, and the interactions network that exists between species. This Special Issue is timely, given the universal concerns produced by the impacts of ongoing global changes in climate and environment. This scenario is at the origin of current scientific thinking on perspectives of future polar research in all biological domains, and largely dictates the goals of large international collaborative projects.