SCAR XXXIII WP24: Report from SCATS (Standing Committee on the Antarctic Treaty System), Including Report to the Treaty Popular 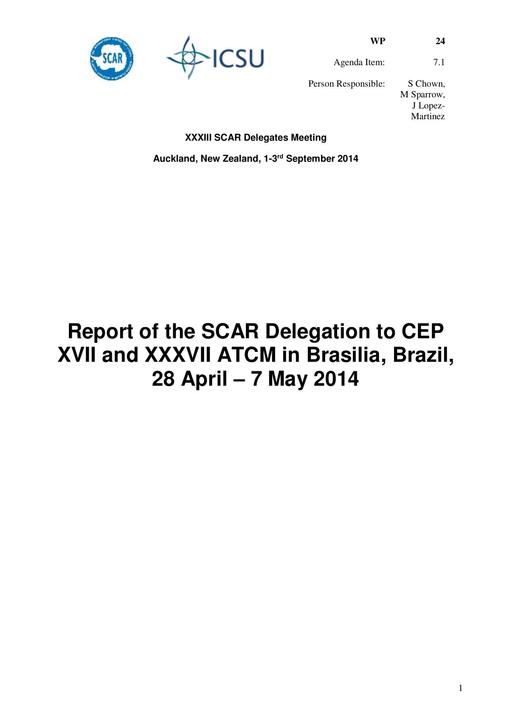 SCAR XXXIII WP24: Report from SCATS (Standing Committee on the Antarctic Treaty System), Including Report to the Treaty

Title: Report of the SCAR Delegation to CEP XVII and XXXVII ATCM in Brasilia, Brazil, 28 April – 7 May 2014

Important Issues or Factors: SCAR provided one Working Paper (WP), six Information Papers (IPs) and two Background Papers (BP). Several of them were submitted jointly with other Parties, Observers and Experts. It also provided input to intersessional groups such as the contact group on climate change and focussed effort on the Environments Portal, led by New Zealand. The SCAR Lecture, given by Carlota Escutia-Dotti was on "Back to the Future: Past Antarctic Climates, Ice Sheet History & Their Relevance for Understanding Future Trends".

The following agreements were made (either during the meeting itself or in previous discussions):