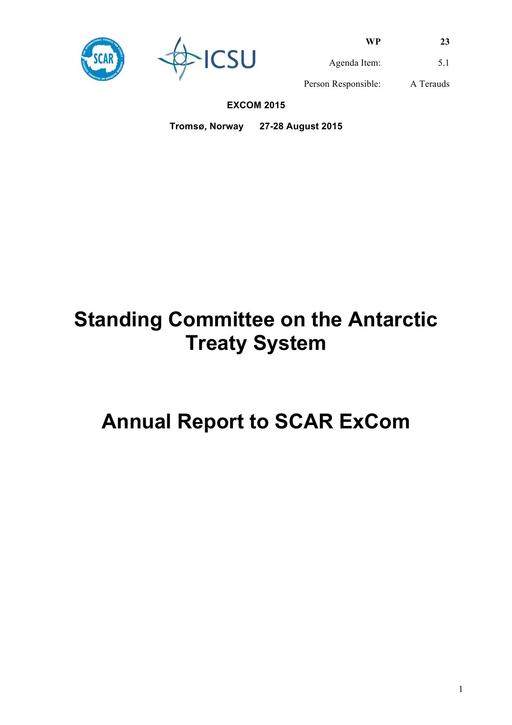 Recommendations/Actions and Justification:  SCATS continues to be a dynamic and productive Standing Committee and we recommend that ExCom note and approve of the actions to date and support future initiatives.

Expected Benefits/Outcomes:  SCATS will co-ordinate the responses required following the ATCM/CEP in Sofia and continue to develop and provide advice on behalf of SCAR in preparation for next CEP/ATCM meeting in Chile. SCATS will continue to provide editorial support and engage with the Antarctic Environments Portal.

Partners: SCATS has a strong track record of engagement with groups both within and external to SCAR and this engagement will be developed and increased over the next 18 months, with a particular focus on improving information flow between SCAR and CCAMLR.

Budget Implications: US$20 000 per year funding for SCATS (+ support for ATCM/CEP travel)