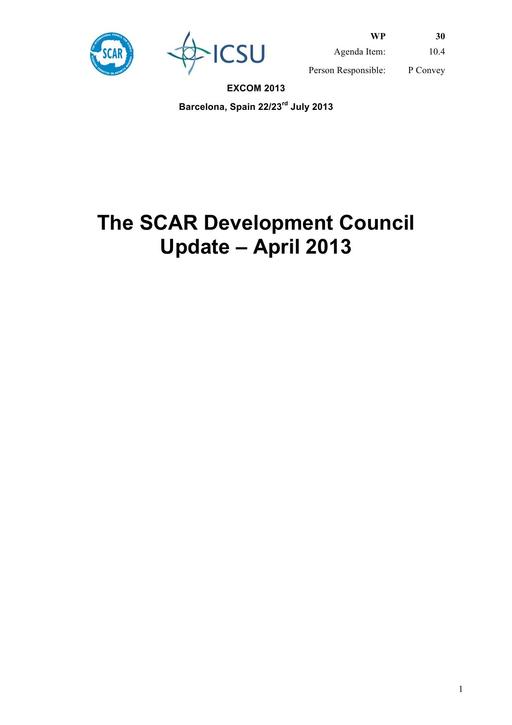 Introduction/Background: SCAR’s Strategic Plan called for the creation of a Development Council to manage and facilitate external fund raising for SCAR. The first progress report of the SDC was presented to the SCAR Delegates Meeting in Portland (2012).

Important Issues or Factors: The SCAR Development Council has been formed and conducted initial consideration of its Terms of Reference. SDC discussions have been conducted electronically. This document provides an update to the report presented in 2012, with focus on (a) strategic development of the SDC membership, and (b) means to target the effort available to the SDC towards particular identified opportunities.

Budget Implications: Funds are in place ($5000) for a face-to-face meeting in the 2013- 2014 timeframe. As the SDC is an ongoing activity, this is expected to be a rolling request. Funds should also be considered for the development of promotional materials; $3,000 in 2014.