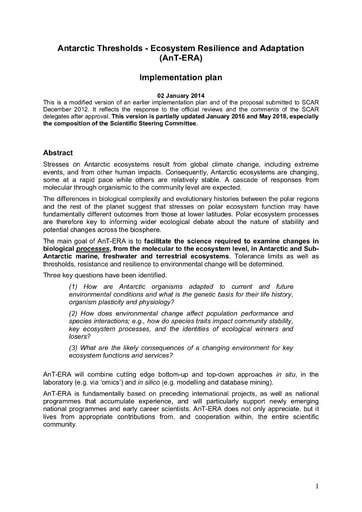 This is a modified version of an earlier implementation plan and of the proposal submitted to SCAR December 2012. It reflects the response to the official reviews and the comments of the SCAR delegates after approval.

This version was partially updated in January 2016 and May 2018, especially the composition of the Scientific Steering Committee.