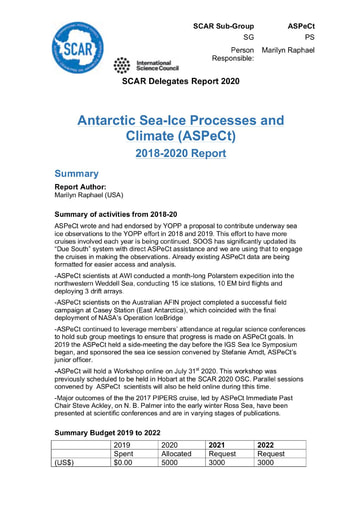 ASPeCt wrote and had endorsed by YOPP a proposal to contribute underway sea ice observations to the YOPP effort in 2018 and 2019. This effort to have more cruises involved each year is being continued. SOOS has significantly updated its “Due South” system with direct ASPeCt assistance and we are using that to engage the cruises in making the observations. Already existing ASPeCt data are being formatted for easier access and analysis.