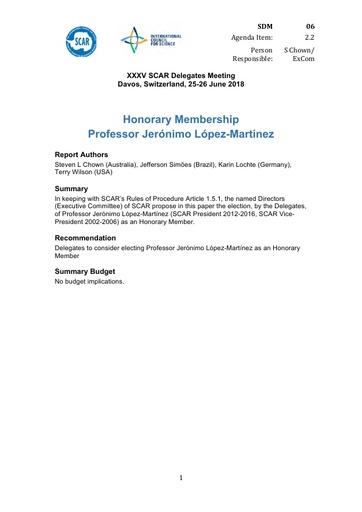 In keeping with SCAR’s Rules of Procedure Article 1.5.1, the named Directors (Executive Committee) of SCAR propose in this paper the election, by the Delegates, of Professor Jerónimo López-Martínez (SCAR President 2012-2016, SCAR Vice-President 2002-2006) as an Honorary Member.