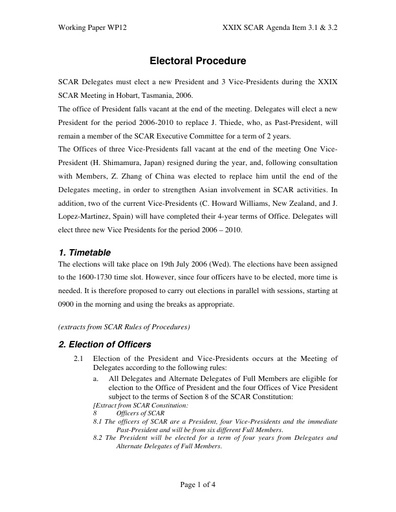 The Offices of three Vice-Presidents fall vacant at the end of the meeting One Vice- President (H. Shimamura, Japan) resigned during the year, and, following consultation with Members, Z. Zhang of China was elected to replace him until the end of the Delegates meeting, in order to strengthen Asian involvement in SCAR activities. In addition, two of the current Vice-Presidents (C. Howard Williams, New Zealand, and J. Lopez-Martinez, Spain) will have completed their 4-year terms of Office. Delegates will elect three new Vice Presidents for the period 2006 – 2010.