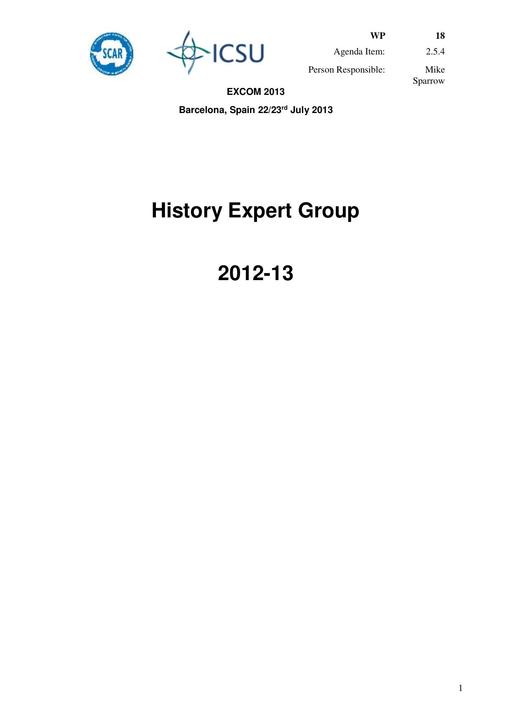 The Expert Group was founded as an Action Group in 2004, with 24 individuals present at the first meeting in Germany in 2005. Since then the Group has flourished and membership of the Expert Group has steadily increased, as has the geographical and disciplinary diversity of the participants. The Group’s meetings continue to serve as a valuable discussion space for junior and senior members alike. Meetings have been held across four continents, permitting the core group of academic historians to be joined by local researchers who would likely not otherwise have joined the Group. With more than 70 attendees, the last meeting in Portland (USA) was the largest and most diverse yet – a sign of our ongoing vitality. Rather than just passively sharing their findings, the SCAR Expert Group provides a unique and irreplaceable site for scholars to exchange ideas and develop historical research related to the Antarctic. The group’s dynamism has been demonstrated by collaborative research projects undertaken by group members.

Previously rare early published sources are becoming globally available, and members of the Expert Group are contributing to their publication through forums such as the South African National Antarctic Program’s online database;

More and more documents held in restricted archives are being released, including in the former Soviet Union, but also from national archives elsewhere;

New methods of social and archaeological investigation are being developed and resources created;

Opportunities for collaboration between historians and scientists are increasing.

We wish to continue the SCAR History Expert Group in its current form.

The current high level of publications by Group members will continue, both individually and through collective forums such as special journal issues and a planned edited volume.

The SCAR Social Sciences Action Group as well as the history group of the International Arctic Science Committee (IASC).

US$5000 as support of the annual workshops for travel support for PhD students and scholars of low income.