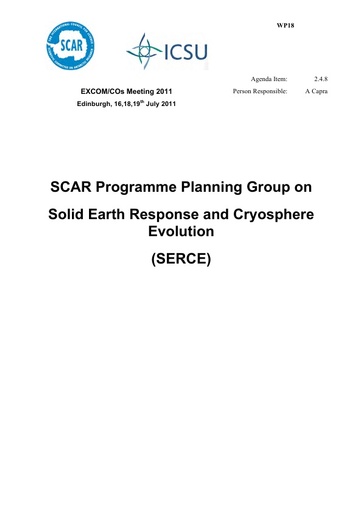 Recommendations/Actions and Justification: EXCOM has to evaluate the feasability of SERCE as SRP

Expected Benefits/Outcomes: a new SRP on interdisciplinary approach for geological, geodetical and galciological study of erath and ice interactions in polar regions