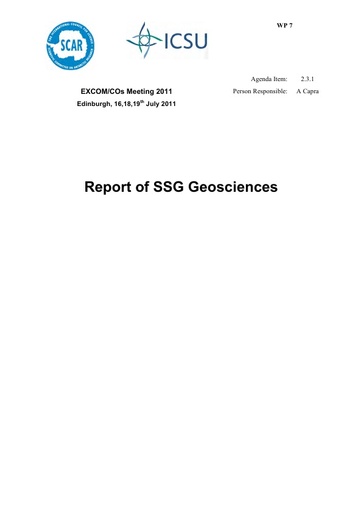 Relevant URLs or references to other reports: WP6,WP11,WP 18

Discussions on new proposals that should arise from ISAES 2011.
Development of SERCE PPG.
SCAR endorsement to transform the GWSWF Action Group into an Expert Group with revised Terms of Reference (ToRs). However, discussion arose that the new ToRs overlapped with those of the ICESTAR Expert Group and that the two groups should discuss the best way forward. One idea is to merge both the group into a single Expert Group.'

That SERCE PPG should become SRP That GWSWF become EG