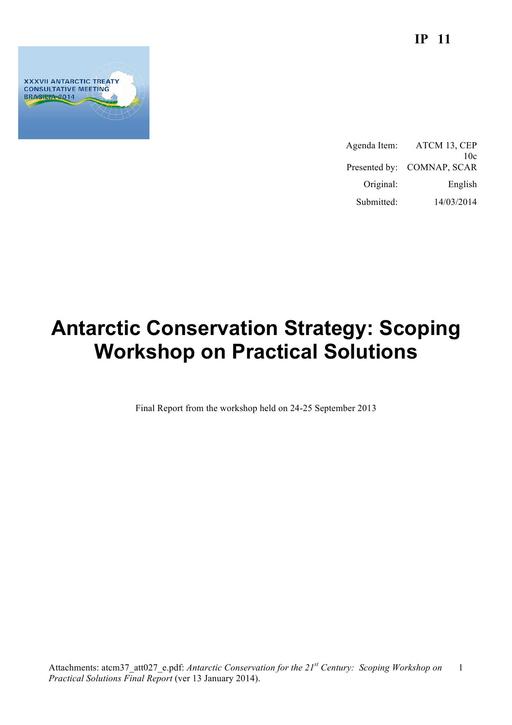 A workshop, held at the British Antarctic Survey, Cambridge (24 – 25 September 2013), was convened jointly by COMNAP and SCAR to identify practical National Antarctic Program-led responses to short and longer-term conservation challenges in Antarctica (as identified by Chown et al., 2012). The outcomes of the workshop were to inform the drafting by SCAR of an Antarctic Conservation Strategy, the aim of which is to produce a more integrated, comprehensive and dynamic approach to conservation in the region and to inform conservation decision-making and policy. This is an on-going activity by SCAR and further information may be found in ATCM XXXV IP035 Antarctic Conservation for the 21st Century: Background, progress, and future directions. This paper gives an overview of the workshop, summarizes the key conclusions reached and discusses future steps to be taken.