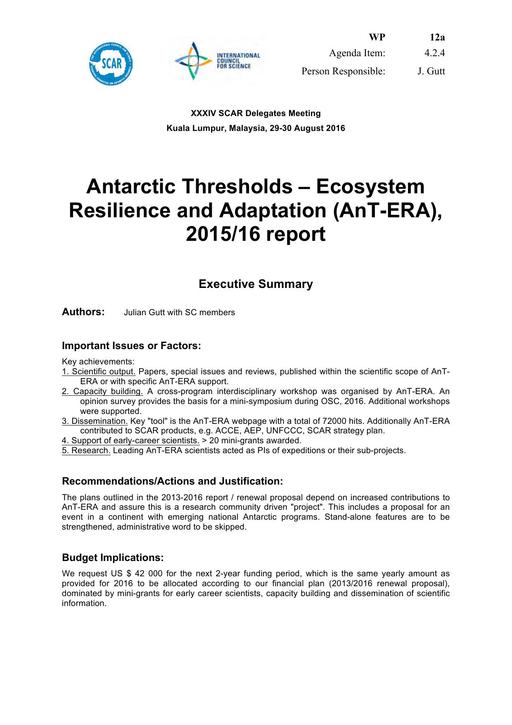 Recommendations/Actions and Justification: The plans outlined in the 2013-2016 report / renewal proposal depend on increased contributions to AnT-ERA and assure this is a research community driven "project". This includes a proposal for an event in a continent with emerging national Antarctic programs. Stand-alone features are to be strengthened, administrative word to be skipped.

Budget Implications: We request US $42 000 for the next 2-year funding period, which is the same yearly amount as provided for 2016 to be allocated according to our financial plan (2013/2016 renewal proposal), dominated by mini-grants for early career scientists, capacity building and dissemination of scientific information.