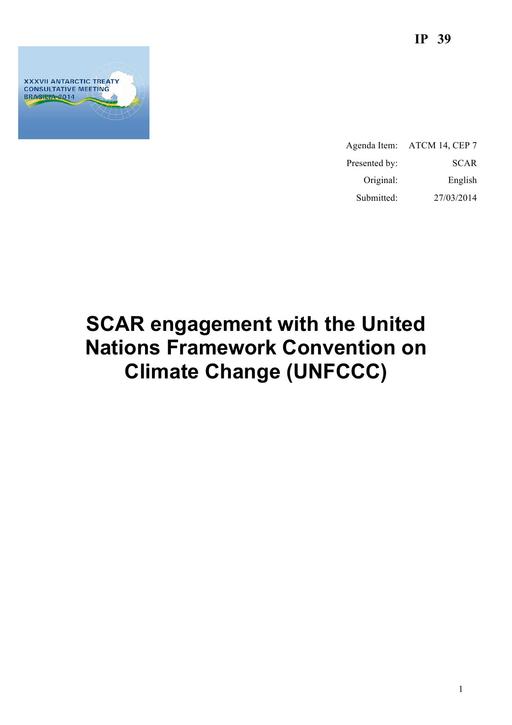 In 2011 SCAR began an initiative which aimed to ensure that information related to climate change in the Antarctic Region (and in particular the outputs of the Antarctic Climate Change and the Environment Report (Turner et al., 2009)) were communicated to bodies such as the Intergovernmental Panel on Climate Change (IPCC) and the United Nations Framework Convention on Climate Change (UNFCCC) in an effective manner. This initial work was funded by the Norwegian Ministry for Foreign Affairs, the UK Foreign and Commonwealth Office and ASOC. An Information Paper “Communicating the Science of Climate Change” was presented to the 2012 ATCM in Hobart (ATCM XXXV IP 44), outlining SCAR’s future strategy around climate change communications. This paper outlines highlights of this engagement in 2013 and plans for 2014.