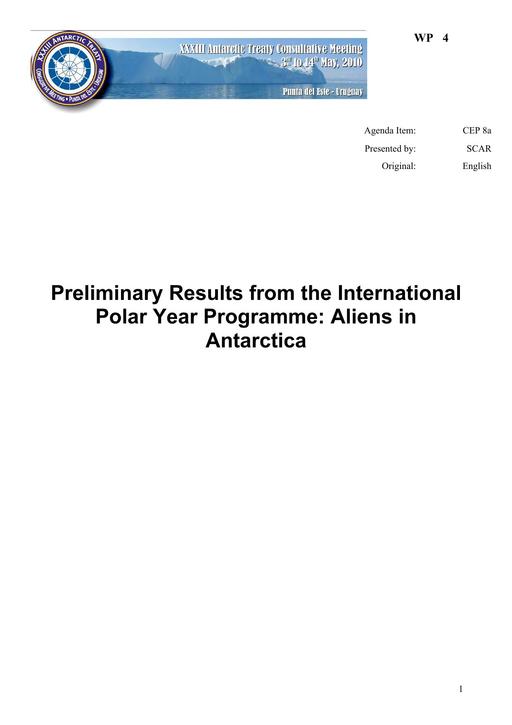 Non-native species have rapidly risen to the fore as one of the major concerns facing conservation in the Antarctic Treaty area, and have been well recognized as such by the CEP (reviewed in Rogan-Finnemore 2008 and ATCM XXXII SP11). Further to assess propagule pressure (e.g. numbers of seeds, spores, reproductive adult organisms) and the vectors (e.g. baggage, clothing, containers) and pathways (e.g. Australia to Antarctica via air or via sea), in as integrated a fashion as possible, across the region, an international consortium of researchers undertook the Aliens in Antarctica project as part of the International Polar Year (see ATCM XXX IP 49). Consortium members, with the assistance of national operators, COMNAP, IAATO members, other participants, and a range of volunteers undertook standardized sampling using methods developed from scientific best practise and accepted in the published scientific literature (e.g. Whinam et al. 2005; Lee & Chown 2009; Hughes et al. 2010).

This paper reports on the preliminary analyses of data on vascular plant seeds carried by visitors to the region. This forms a major part of the IPY Aliens in Antarctica project. In summary the following sampling was undertaken: