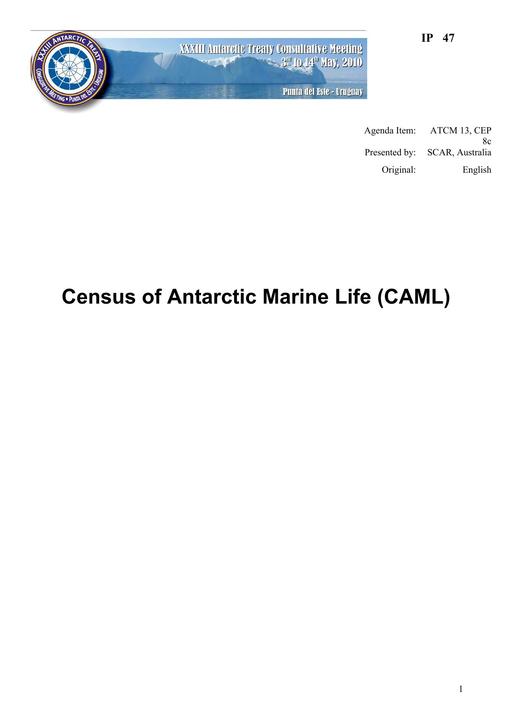 Australia and SCAR reported on the objectives and initial outputs of the Census of Antarctic Marine Life (CAML) in ATCMXXX/IP 32. Since its inception in 2005, CAML has developed a robust benchmark of the distribution and abundance of marine biodiversity in Antarctic waters, against which future change in the marine environment can be assessed. CAML has been recognised as a highlight of the International Polar Year (IPY) and a significant activity of SCAR. Now in its final year of funding by the Alfred P Sloan Foundation (New York), CAML will submit a final report of its achievements to the XXXIV Antarctic Treaty Consultative Meeting in 2011. This paper gives an overview of CAML achievements.