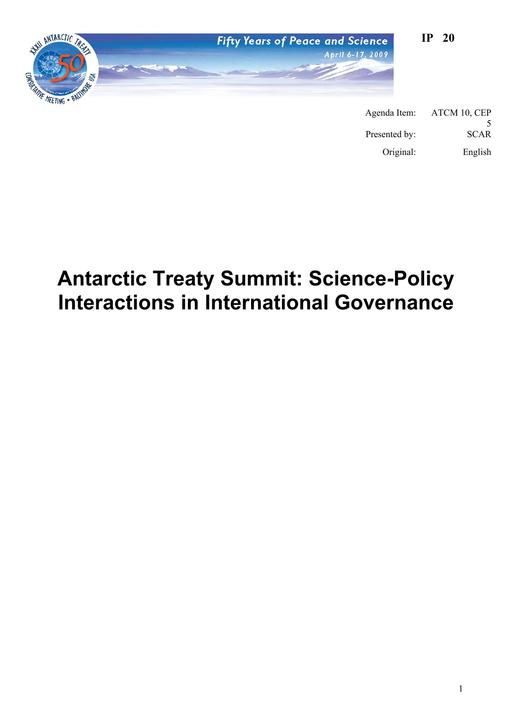 The 50th anniversary of the signing of the Antarctic Treaty in Washington, D.C. will be on 1 December 2009. To celebrate this international landmark and the global vision of the twelve original signatories, the Antarctic Treaty Summit: Science-Policy Interactions in International Governance will be convened from 30 November through 3 December 2009 at the Smithsonian Institution to highlight lessons learned about international governance from this unique institution that was adopted "with the interests of science and the progress of all mankind".