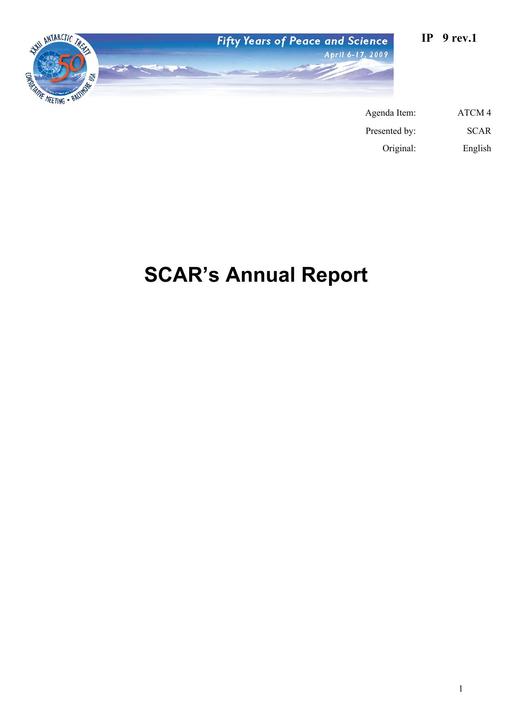 The Scientific Committee on Antarctic Research (SCAR) is the foremost, non-governmental organisation for initiating, developing, and coordinating high quality international scientific research in the Antarctic region including the study of Antarctica’s role in the Earth System.

During 2008, SCAR’s research continued focusing on five themes: (i) the modern ocean-atmosphere-ice system; (ii) the evolution of climate over the past 34 million years since glaciation began; (iii) the response of life to change; (iv) preparations to study subglacial lakes and their environs; and (v) the response of the Earth’s outer atmosphere to the changing impact of the solar wind at both poles. Highlights of recent scientific discoveries include:

SCAR organized with the International Arctic Science Committee (IASC) the first International Polar Year science conference, which took place in St Petersburg, Russia, in July, and attracted 1150 attendees. SCAR’s legal status changed during the year; it is now a Company Limited by Guarantee, and a UK Charity, while still an Interdisciplinary Body of the International Council for Science (ICSU). Three SCAR Medals and Four SCAR Fellowships were awarded. SCAR continues to provide high quality independent scientific advice to the Antarctic Treaty Parties.