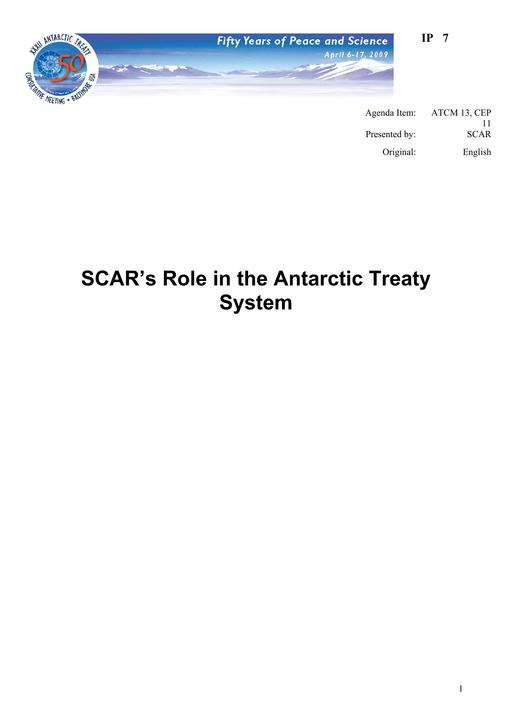 This paper provides an overview of SCAR including what SCAR is, its mission and what research it does. It covers SCAR’s approach to advising the Antarctic Treaty System (ATS), what governs SCAR's role in the ATCM and CEP and SCAR's vision for its advisory role to the ATS. Appendices include a list of SCAR members, SCAR's research programmes, recent SCAR achievements (to end of 2007), ATCM and CEP requirements for independent scientific advice, and SCAR contributions to the development of the ATS.