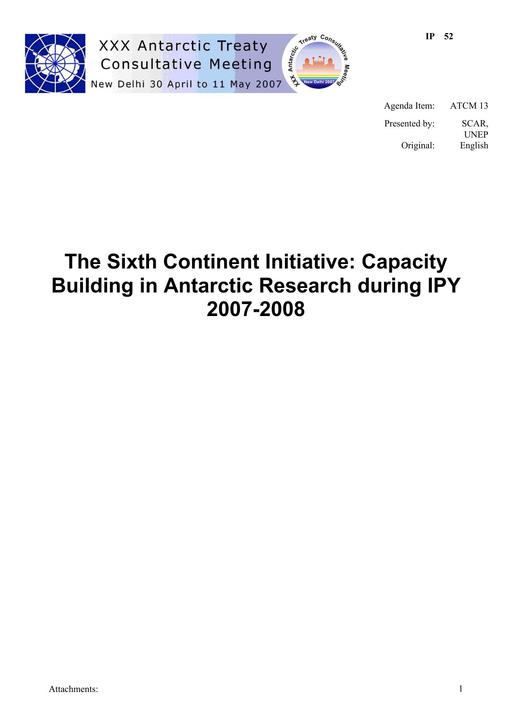 “The Sixth Continent Initiative – Capacity Building in Antarctic Scientific Research” (6CI) is an approved International Polar Year (IPY) proposal supported by SCAR, the International Polar Foundation (IPF), a public utility foundation, with its head office in Brussels, Belgium, the United Nations Environment Programme (UNEP), with its headquarters in Nairobi, and the International Antarctic Institute (IAI), based in Hobart. The aim of 6CI is to widen the exposure of researchers from non-traditionally polar countries to the culture of international scientific cooperation in Antarctica, and its relevance to the global community. The project aims to create a network of interested parties consisting of research institutions, funding agencies, logistics providers, international organisations, and NGOs to help support the development of polar science competences in non-traditionally polar countries. This paper gives an overview of the project, whch will involve two SCAR Fellowships, allocated for this purpose.