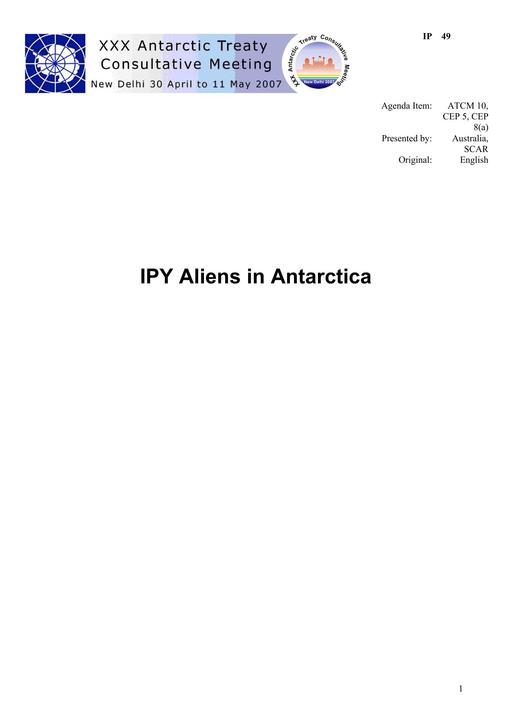 The impact of non-native (alien) species on ecosystems is one of the big issues of the 21st Century. Antarctica is not immune to this problem with some alien species having established on the Antarctic continent and on most sub-Antarctic islands. IPY Aliens in Antarctica is an international project sponsored by SCAR that will help inform the Antarctic Treaty parties of the size and nature of the threat and possible mitigation methods.