pdf IP037: Hull fouling as a source of marine invasion in the Antarctic Popular 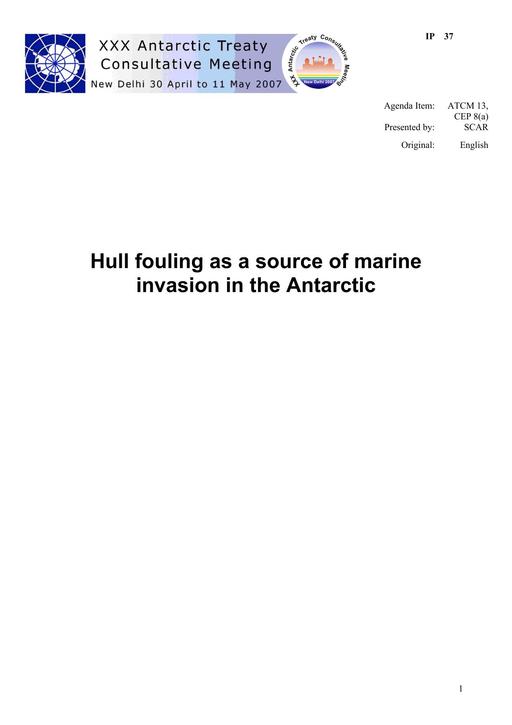 IP037: Hull fouling as a source of marine invasion in the Antarctic

Annex II to the Protocol on Environmental Protection, on the Conservation of Antarctic Fauna and Flora requires that precautions be taken to prevent the introduction of non-native species to the Antarctic Treaty Area. At CEP IX, New Zealand introduced WP13 and IP46 on Non-Native Species in the Antarctic. The CEP agreed with the six recommendations arising from the workshop reported in WP13, including that ‘the issue of non-native species should be given the highest priority...’ and that ‘...particular research attention needs to be given to microbial communities and marine ecosystems’.

Although the risks from introductions via ballast water could be significant, adoption of Resolution 3 (2006) by the ATCM has substantially reduced that risk. This information paper focuses on risks associated with fouling communities that have been reported from vessels operating in the Antarctic Treaty Area. It provides a brief summary of the available information, provides access to this information through an appropriate bibliography, and makes several recommendations for additional research.