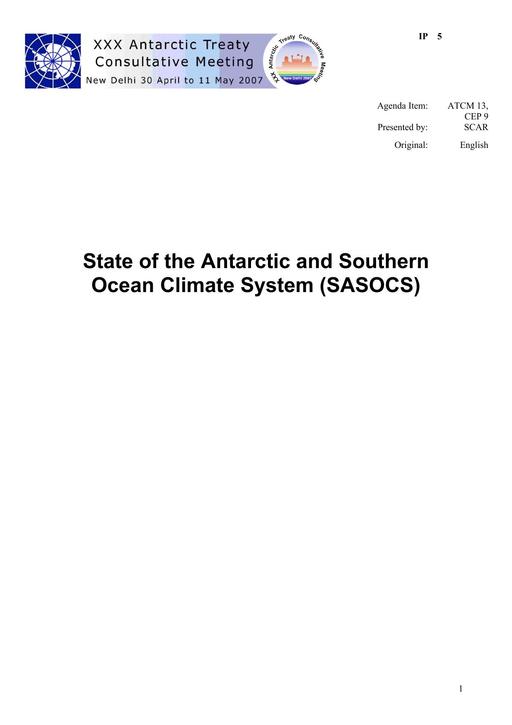 This Information Paper provides a review of the key developments over the past two years in our understanding of Antarctic climate and the role of the Antarctic climate system in the global climate system. It comments on the findings of the 2007 Intergovernmental Panel on Climate Change (IPCC) that relate to the Antarctic. A follow-up paper will incorporate studies of effects of climate change on the biota.